On a Bracelet I Always Wore

The summer before my frosh year of high school my Pops made a donation to the local VFW and they gave him a POW/MIA bracelet in return.  My Pops gave me the bracelet with no expectations that I wear it.  But I did.  I wore it nearly every day through four years of high school and half way through my frosh year of college until the bracelet wore out and broke into two pieces.  My Pops never asked me why I decided to wear it, but sometimes I’d see him looking at it on my wrist.  My Pops never really talked much about his thirteen months in Vietnam.  Not many people wanted to hear what he had to say when he came home, and after a while I think he just decided to keep it all to himself.  I think that bracelet and the Vietnam Veteran hat that he used to wear were ways for him to communicate his feelings.  The hat was one way to let people know he was proud he served and the bracelet I wore was a way to let people know that many sacrificed all.

My Pops passed away six years ago.  His Vietnam Veteran hat, dog tags, and the flag presented at his funeral are proudly displayed in my home.  I still have the bracelet.  It’s tucked away with some pictures of my Pops from when he was in the Army.  Pictures of my Pops, a man who answered when his country called.  A bracelet with the name of a man I never knew who made the ultimate sacrifice for his country. 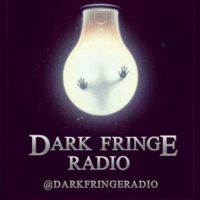